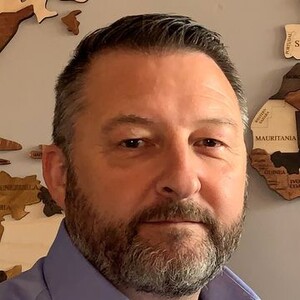 Barry has a long career in rotary aviation covering both Helicopters and Gyroplanes. As a military pilot, he is a graduate of the world renowned Central Flying School (CFS) based at RAF Shawbury in Great Britain, which qualified him to lead the OCU Flight (Operational Conversion Unit) at the School of Army Aviation to produced up to 100 Combat Ready Lynx Helicopter pilots to the British Army and Royal Marines every year. He is an instructor in several disciplines including Aviation Electronic Warfare, Helicopter Weapons and a Chief Flying Instructor on three different helicopter types. A specialist in aerial surveillance, Barry was the Chief Instructor to the UK’s ‘Manned Airborne Surveillance’ (M.A.S) Regiment which provided high end M.A.S to military operations worldwide. He also ran the Blue Eagles Helicopter Display Team, as the Team Leader and Lynx Display Pilot and is credited for introducing helicopter display maneuvers never seen before. He retired from Service after a 26-year career.

Barry started flying Gyro aircraft in 1999 and in 2003 reset the World Gyro Range Record with a flight the length of Great Britain in 7 hours 23 mins, taking the record from his friend, and mentor, the late Wing Commander RAF (ret) Ken Wallis MBE (the famous ‘James Bond’ pilot of Little Nellie). In 2004, Barry made the first attempt in history to circumnavigate the world by Gyro and supported subsequent attempts by other pilots. He was the Chairman of the British Rotorcraft Association (an organization that governs Gyro flying in the UK) and has spent the last decade working in the field of Gyro Research & Development, crediting him as the architect of several Gyro enhancing concepts.

Barry has also worked with the Aviation Regulators of Europe (EASA and the UK’s CAA) on Certification matters and brings added value to the Skyworks Aeronautics team with this regard.

He now uses his aviation management experience to support aviation in anti-poaching in Africa, protecting the worlds most endangered species and delivers lectures worldwide on Gyro Capabilities, a lecture he calls, ‘Gyro Aircraft, the World’s Best Kept Aviation Secret’.