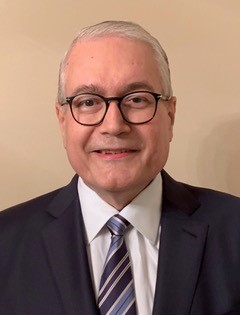 Mr. Stevanovich is also the Founder, Chairman, and CEO of Lonford Global as well as the Epsilon, Westford and SGS family of funds, which he founded in 1997 and which hold control investments in a number of technology companies in various industries.

He launched his first fund, the Epsilon Global Active Value Fund (“EGAVF”), in 1997 and soon followed up with EGAVF II and EGAVF III as well as the Westford Special Situations Funds I & II, along with other additional Funds and other investment vehicles. Since inception, Mr. Stevanovich has invested over $6 billion via his various investment vehicles. Though the Funds employ multiple investment strategies, a main focus has been an event-driven, hands-on activist strategy, that is particularly focused on finding opportunities in distressed situations and restructurings. The current portfolio consists primarily of control positions in early-stage technology companies acquired via restructuring.

Mr. Stevanovich is an Inaugural Member of the Coalition for Access, Affordability and Success – a group of more than 140 distinguished colleges and universities across the U.S. that joined together to increase students’ access to higher education. In 2007 he endowed the Stevanovich Center for Financial Mathematics. Mr. Steve Stevanovich holds an AB in Economics from the University of Chicago as well as an MBA from the University of Chicago Booth School of Business.